Home »Humour»Buckingham Palace will NEVER be a Mosque! 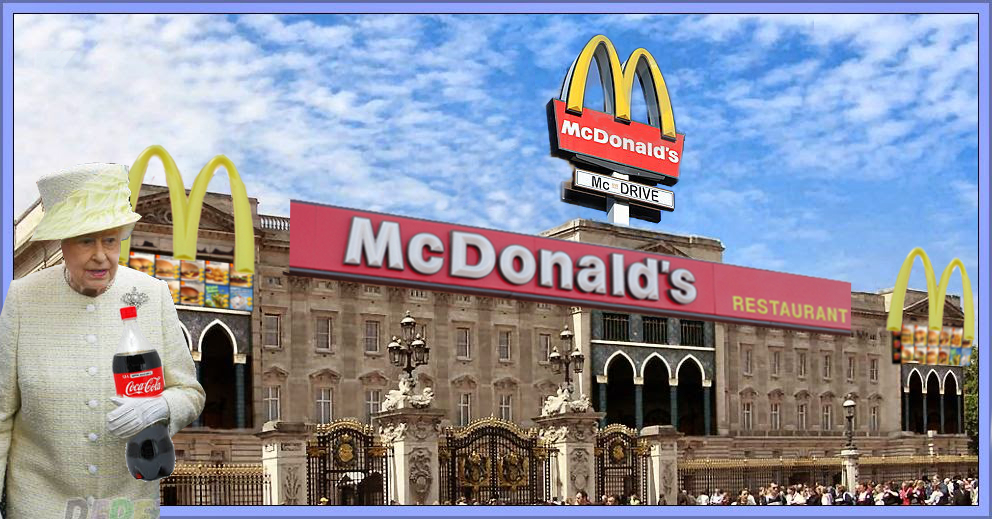 There has been a lot of hysteria in the American media of late about the dangers posed by young radicalised Muslims from the UK. It would seem that the news networks are worried that Britain may have gone soft on Jihadists and may even be helping them through liberalistic political ideology and an overly generous benefits system.

A quick search on You Tube brought up a breathtakingly stupid news report about how extremists plan to turn Buckingham Palace into a Mosque for the benefit of the local community!!! I understand their concerns, but it struck me that if this were to become a truly beneficial community project, it could serve many more if it were to be converted into either a bowling alley, a bingo hall or a fast food restaurant.

If you were lucky enough to have missed this great piece of theatre, here is a brief summary of what is being fed to the folks on the other side of the pond: 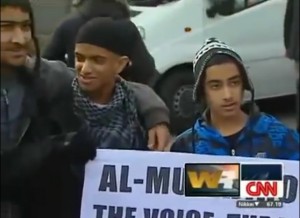 The news item was dressed as a factual report by Nic Robertson, the grandly titled Senior International Correspondent for CNN. It begins as Nic looms into view with London’s Oxford Circus as the grey backdrop to his latest half-baked story. He launches into an earnest tirade with twitching eye brows and an expression of a man burdened by having to deliver bad news. The camera cuts to a small gaggle of youths wearing traditional Islamic dress and limply holding placards stating “Islam will dominate the world.” The reporter faithfully delivers their message; “THEY ARE AN ANGRY MINORITY. THEIR GOAL, NOTHING SHORT OF MUSLIM DOMINATION OF THE UK! They are marching in the capital and plan to turn Britain into an Islamic state.”

The reporter then turns to one of the young protagonists who by this time, having noticed the cameras and elevated police presence is chanting in a more subdued way. “Islam will rule the world, and justice will be delivered by sharia law.” Later there follows a brief explanation of the horrors of this utterly un-American idea (one imagines for the benefit of the more cerebrally challenged CNN viewers back home,) but first he returns to the young Muslim and with as much British sincerity as he can muster demands to know, “What happens to The Queen?”

The answer of course is, that “She has a choice, she can either become Muslim or leave the country. (innit)!” He is holding up a rather blurry photographic representation of what the Palace would look like once the minarets and golden dome have been installed. I am not a connoisseur of great architecture, but I did feel that the overall look was a bit of an improvement over the ashen rain washed façade of a palace built to match the lofty ideals of its creator John Nash.

The camera then cuts to the groups leader Anjem Choudery who is fittingly dressed all in black with what looks like an old fashioned woolly tea cosy on his head. His dead set dark eyes fix on the camera as he speaks, they are cold and contemptuous. It is the look of a professional poker player.  He tells us about the holy trinity of Sharia,. “Drugs will be banned, pornography will be banned, gambling will be banned.” He does not mention the right to free speech, which he is happy to make use of himself or the rights of women or the stoning of adulterers or people who happen to be gay. He boasts about his role in the 911 terror attack and his links with extremists in the US. By now I have heard enough. It is no longer funny. You couldn’t make this kind of thing up, but I wondered if the reports were true, that this preacher of hatred was actually receiving benefits from the British taxpayer in the region of twenty five thousand a year.  He is reported to have said “my benefits belong to Allah,”  another unbelievable utterance from an increasingly vocal Lunatic Fringe. 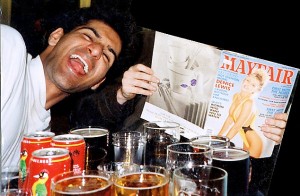 My thoughts return to the matter of Buckingham Palace and the dilemma that one day will be facing Her Majesty should these idiots be allowed to get their hands on the levers of power.

For example, there would of course be the inevitable constitutional issues to overcome. How would the Archbishop of Canterbury take the news once he discovered that the head of The Church of England had actually changed course and decided to embrace Islam?

I imagine the conversation around the rectory table in Lambeth Palace could become rather heated. We may even end up turning the clock back to a time when the monarchy would once again be responsible for heads actually rolling.

Of course Britain is not soft on extremism as witnessed by the many cctv cameras, which go some way to making the UK the most surveilled country in Europe, but it is a country known for its double standards, at least according to the late Alan Bennett who famously lamented about British hypocrisy during a BBC interview which has been withdrawn from You Tube due to copyright infringement issues. More on that later.

Do you think that Buck House would make a good fast food outlet or Mosque?  Perhaps, you feel the benefits of Sharia are a price worth paying for a more peaceful society.  Perhaps you think that US citizens should be protected against the likes of Nic Robertson and the CNN news team.  Why not scroll down and leave a comment.  Any race hatred stuff will be deleted, so please, keep it nice…

You can view the original news report here.

The hipocracy of Anjem Choudary according to the Daily Mail

What is Sharia law and who will it harm? link removed (warning I do not recommend researching this on the web).