I don’t know if I am a stereotypical man, but one trait I do seem to share with many of my fellow hominoids is a fascination with gadgets. When it comes to technology, I fear we have become like the cuttlefish that lurk near the ocean floor, stalked by a flotilla of voracious fishing boats. The bright lights of the vessels above penetrate the surface of the water and lure them from the deep. Then they are plucked from the sea, to be fried.

It seems to me, that our love of bright shiny things is being exploited in the same manner. We are being subtly manipulated into following someone else’s agenda. More often than not, it is an itinerary that does not have our best interest at its heart. I am specifically referring to those who mine big data in order to glean a competitive edge for their advertising clients. This type of exploitation is all-pervasive. We experience it in the form of propaganda in the media; biased reporting from Fox News or the Brexit Broadcasting Association, AKA the BBC. I want to yell at the TV when they constantly regurgitate the latest idiotic Tweet from Donald Trump or the ill-considered statements of his new pet, Boris Johnson; a man whose hair is in itself analogous to BREXIT: very messy and popular in The White House.

However, my BREXIT worries pale into insignificance on pondering the most imminent threat facing us today. It is not global warming or the ocean of single-use plastics, although these play no small part in keeping me awake at night. What I am most worried about are robots.  I’m not talking about The Shiny Red Robots of Vortice, featured in the BBC’s 2006 Sci-Fi sitcom, Hyperdrive. These were for the most part, harmless. Their mission was straightforward: to harvest our minds for the collective good. That was pure fantasy, but now I am starting to wonder because the robots of my nightmares already appear to have infiltrated our lives and a brain-harvest is in full swing. It is as if the last act of Terminator 3: The Rise Of The Machines, is about to be played out, only this time it’s personal. I am, of course, talking about our robotic voice assistants: Siri, Alexa and OK Google.  Why do I feel that they all want to be my best friend, whilst at the same time eat my brain?

The rot started to set in one wet Saturday morning when I was lazing around in bed, rather than getting on with my morning routine. It is supposed to be a regime of exercise, self-improvement and fixing all those things that apparently can only be repaired by me. I found myself learning how to use Google Voice Assistant to help integrate my Gmail account with Google Calendar, Google Keep to-do lists and Google Plus social networking. I should at this point confess that I lied about the rain; I figured that it had to be raining somewhere. Plus, I didn’t want to come across as being one of those smug expats; the type that continuously drones on about another sunny day in paradise. So my morning had become a series of ‘OK Google this’ and ‘OK Google that.’ One has to marvel at the technology that allows me to unlock my phone with a voice command or open my weight-loss app, with the labour-saving convenience of not having to expend the two or three calories needed to pick up the mobile and tap an icon. A part of me wants it to speak back and say, ‘No! Open it yourself you idle fat git,’ but instead, it cheerfully responds to my petulant if somewhat self-conscious demands.

Minutes later, I was starting to get into my stride. ‘OK Google, set an alarm to practise the guitar at 11:45am.’ After all, who doesn’t need a voice assistant to remind them to play the guitar? Then I found I could have Google Play music whilst I shaved, all without getting any gunky shaving foam on my precious water-resistant-down-to-16-fathoms Samsung. That’s right, I had heard that if you get the battery wet, it could become hot and burst into flames. Google was literally helping me to not burn the house down, whilst I could enjoy the sounds of my favourite music on Spotify. So I OK’d Google and had it play me one of my favourite tracks from a band called Prefab Sprout.  You probably haven’t heard of them but the good people in my local bar are now familiar with their unique brand of 80’s pop. 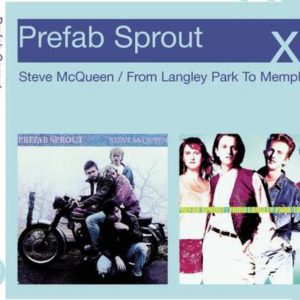 Why do I say that? It is because I had not heard this music for quite a few years, not in my favourite bar or via the local expat English radio station, NAF FM.  However a little later, while enjoying a drink with a friend, I hear the strains of When Love Breaks Down, by the Sprouts. Wow, I’m really loving this place. It is a rare treat to hear something I enjoy when out of the house. Generally, the bars tend to cater for a less-eclectic subset of higher-spending holidaymakers.

As if by magic, the fabulous guitar-playing of George Benson takes over. I was having an enchanting experience. Then I had a thought: the geo-tracking was tasked on my mobile. The bar had a Spotify account that was on shuffle. It dawned on me that there must be some connective logic at work. Google knew that I liked Prefab Sprout and George Benson. It also knew that I was in my local bar and thought my experience would be all the more enhanced if I heard them. The logic would run along the lines: he obviously likes this kind of music. My friends and fellow bar-revellers would likely have similar taste: they too, get to share in Google’s mind-harvest of my musical preferences and benefit from targeted advertising for funeral plans and erectile dysfunction pills.

When I arrived home, I shared this revelation with my sons, of 21 and 19 years.

‘Dad, you’ve not been talking to your phone again have you?’

Faintly embarrassed, I admit it.

Yes, I still think it is cool to say cool. I am a dad and it wouldn’t do, not to be true to my nature. Predictably, my younger boy starts shouting into my phone, ‘OK Google, show pictures of xxxx, safe-search off!’  Well, I can’t say exactly what pictures, but I am now probably on the Sex Offenders’ register or at the very least some kind of perverts’ watch list. I resist, in smug confidence that Google is not that dumb.

‘You can’t do stuff like that. Do you genuinely think that Google would be so easily taken in by this childish prank? Besides, my phone is locked to my voice print!’

It is the older boy’s turn to ruin my day.

‘Oh, let’s see shall we?’ He then pulls a rather Dad-like face and pompously speaks in the direction of my phone.

To my astonishment, the device opens and displays the last page I had been looking at, which was a very interesting article about flower arranging. That’s right, I am not about to share all of my dirty secrets. It was a reminder though, that I had effectively downgraded the security of my phone by allowing the thumbprint reader to be bypassed so that I could listen to Prefab Sprout whilst I shaved. As it happens, both my sons can do a passable imitation of my voice; one which for the time being, can also dupe the mighty Google.

It would seem that in the mad rush to avail ourselves of the convenience of new tech, we may have lost something. Whilst it is true that we are now able to command devices via voice, in the internet of things, I believe we have cheaply sold our souls; the paltry reward: we can order pizza, switch the TV on and watch Netflix without having to leave the comfort of our armchairs. Was it so easy for the machines to rise up and take over? No laser-powered blasters or Skynet Robots? Just the offer of not having to leave the comfort of our seats…

That night I have another nightmare. I am far away from earth in the cold, desolate loneliness of outer-space. I am orbiting one of the moons of Jupiter. There is creepy spine-chilling music playing in the background. As I approach the mothership, I notice the ship’s name picked out in huge letters on her hull. She is spinning dizzily out of control and is at risk of breaking up. I speak to the voice assistant built into my shuttle. It has been fitted with the very latest HAL 9000 MAYBOT.

The machine appears to be ignoring me, so I repeat, this time trying to mask my mounting concern.

There is a pause, then a big red light illuminates on the dashboard.