Home »Karate»What is the mysterious secret that only black belts know? 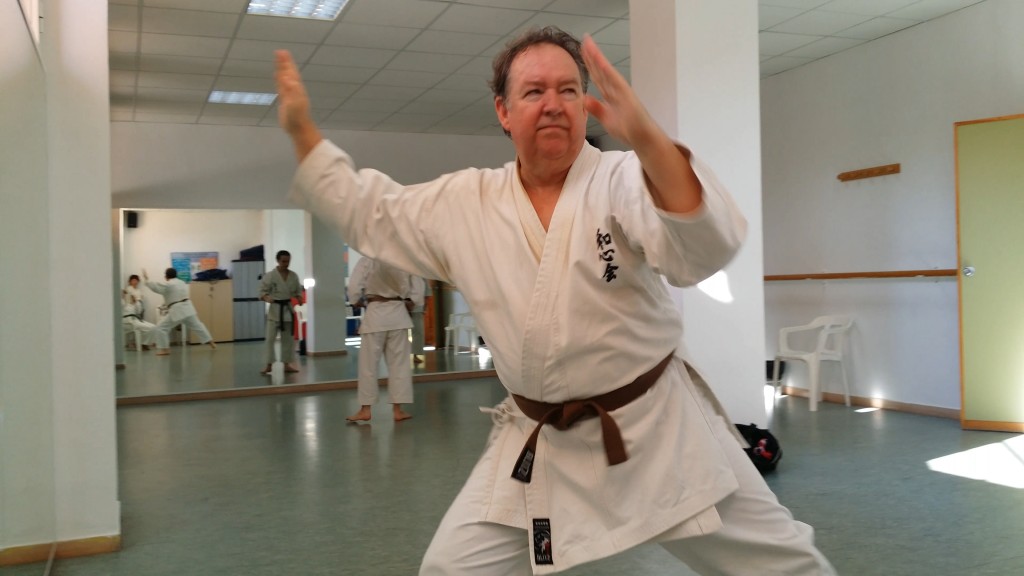 I used to believe that when a student was getting ready to take their black belt exam, the Senior Instructor (Sensei) would prepare each one to learn a special secret. You would often see the more advanced students in the class huddled together in a small group separated from the rest of us as the exam date drew close. They would talk in hushed tones and often appeared deep in thought, whilst everyone else got on with the day to day punching and kicking that formed part of the school’s karate regime.

The day would arrive when some students would take the exam and in many cases receive the hallowed black belt that showed the rest of the world they had achieved Shodan. They were now officially experts in karate. As the new graduates were presented with their belt from a Karate Master, something would be said that was just out of earshot and almost whispered. It was more than well done, it was ‘THE SECRET!’ A secret I had known about for some time, but what was being revealed?

I first learned of this karate myth from a student who had recently earned his black belt and also overcome tremendous personal tragedy. One evening after training he turned to me and lowered his voice. “Did you know that there is something that only black belts are told?” “What is it?” I asked. The reply, “I cannot tell you. It is a closely guarded secret. It is something that can only be known by those that make it to black belt.” I contemplated his words. Was this some kind of a joke? I was years off being ready for black belt, but I wanted to know the secret now! The person concerned gently shook his head remaining tight lipped and implacable. 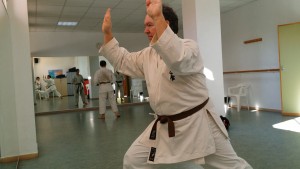 After the next black belt gradings I noticed the same pattern of events unfold. This time I simply had to know. Was there a secret and if so, what was it?

After several attempts to illicit an answer, one of the new black belts finally broke and confirmed my worst fears. “Yes, there is a secret, but no I cannot tell you, as you are not mature enough in karate to understand the real meaning.” He glanced around uncomfortably to make sure no one was looking and then whispered, “It is special knowledge which could be dangerous if used by someone who was not ready to receive it.” This time I was beside myself. I needed to know, but he had already grown tired of my persistent questioning. “I have said too much already.” he hissed and then turned to quickly walk away.

As the years ticked by the traditions of the club continued. There was a change in the administration which came with the reassurance that the next Shodan gradings would take place as normal.

We learned that black belt gradings in future would take place behind closed doors. The reason was that it was a recognized qualification and it was not normal practice in Spain to invite friends or members of the public to witness such occasions. However, there were no secrets. No secrets, behind closed doors… oh come on! That can’t be a real thing!!!

I know by now that any black belt reading this will be laughing. I gradually worked my way through the karate syllabus. It took years of determined effort and then there were the inevitable set-backs and injuries. I was no longer young, but with age comes wisdom and maybe the great karate secret. Eventually, I was given a date for my own Shodan examination. When the day started to draw close, instead of revealing what at the time had seemed like one of the great mysteries of the universe, we were asked a series of questions and given an essay assignment.

The day of the grading turned out to be every bit as challenging as you would expect. I was joined by my son and a friend who were both taking their 2nd Dan, the next level up from black belt. Their movements were authoritative, precise and fast. I could hear my heart pounding as I struggled to maintain their pace. It was time to concentrate on the breathing, stay focused and clear the mind of all thoughts except the task in hand.

The exam was not held behind closed doors, but immediately afterwards everyone was sent out of the room whilst the grading tribunal conferred. After about half an hour those that had taken the exam were invited back, but with NO other witnesses.

I did not know if I had passed. There had been mistakes and I was suffering from a terrible cold. My exam required some free fighting and I was drawn against my friend who happened to be one of the strongest black belts in the club. The day before we had been warming up prior to starting a class. This individual was known for his Glaswegian sense of humour and he would at times taunt us by saying “You lot kick like a gurl!” I felt a responsibility to disprove this and in an ill-considered mock attack I lunged towards him with what I thought was a surprise Bruce Lee style kick. His response was unequivocal. With lightening speed he spun around, blocked and then sent me barrelling head first into a nearby cupboard full of chess pieces. As bits of plastic rained down around me I could feel my confidence ebbing away!

It was time to hear the verdict. I tried to hide any emotion as we were asked to approach the top table. Finally, I was about to learn the great secret.

To my dismay, I could see instantly that none of the panel were smiling. Sensei looked austere as he addressed each one and told the group exactly what he thought of their karate. The secret was out. If we were expecting a pat on the back or a well done, this was not going to be the moment. It takes a lot to impress a true Master of Karate. They already know that you have worked hard, otherwise you would not be there. In plain language we were each told to work a lot harder. It was a pass, but there was a lot to improve.

I started to understand the secret. There always would be a lot to improve. Black belt was the new white belt. It was not a destination, it was all about the journey. At the time these felt like harsh words from the Chief Instructor, as all the students had absolutely given everything they had. However, I reminded myself that a black belt is something that is never given. It is always earned and the work is ongoing.

Afterwards, those who had watched the gradings were invited back into the room. As the Chief Instructor made the presentation, he leaned forward and spoke quietly. This time he was smiling. His voice was hushed and it would have seemed to anyone watching as if he could have been telling us the great secret. It was just his manner and the words were simply, “Congratulations, well done!” It was an emotional moment as my head was still spinning from experiencing the true meaning of black belt.

The secret that was told to my friend was for him alone. He had to deal with a tragic event and of course his Sensei’s words were aimed at helping him. All senior instructors know their students’ weaknesses and strengths and that is the reason they are separated from the group when training for Shodan, which literally translates as 1st level.

There never was a Masonic style secret to being a black belt. If there was, I never heard it. Instead there are instructors who have learned skills and knowledge of an ancient martial art. There is a burden of responsibility in teaching and maintaining the standard set by those who went before. A black belt is a two edge sword. The student becomes the teacher and with this comes a whole raft of new responsibility.

A few quotes from the karate pages of Pinterest: