Home »BREXIT»STOP PRESS: Benidorm Expat Brexiteers shocked to learn they too are MIGRANTS! 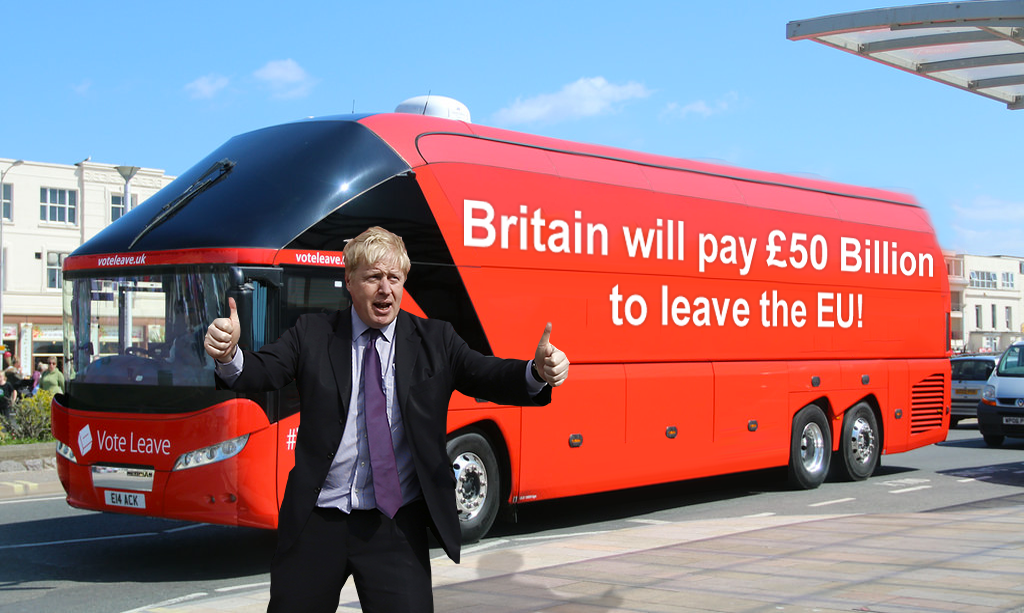 Please DON’T hit the delete button!  I know you must be sick to the back teeth of hearing about Brexit. I know I am, but I can’t stand by and watch my mother country tear itself apart, without at least passing some comment. So here it is. I promise to keep it short:

I have lived in Spain for the last 15 years, but I am British; there is no point pretending otherwise.  I learned today that I am also a straight banana-loving, elitist migrant. I say that on discovering that there is actually a cocktail aptly known as a ‘Dirty Banana’ and thanks to the dirty tricks of an allegedly Russian-funded Arron Banks, ‘expat’ has become a dirty word.

For the most part, there is nothing us expats, sorry I mean ‘migrants’  are loving more than spending our winter fuel allowance chugging down cocktails on a sunny beach, that is when we are not checking on the progress of the expertly-handled Brexit negotiations. We all love to hear the British prime minister chundering on about respecting the will of the British people, although by now, even Ms May must be starting to think that sounds a little hollow.  At least it is less painful than watching her cavort like a walrus that just stuck its flipper in an electrical socket, to the strains of Abba’s Dancing Queen. I hope that doesn’t sound too cruel. By now, I am actually starting to feel sorry for her. She has so few friends in political circles that a circus act may indeed become a viable option.

I can see it now as she tries to enter Spain post-Brexit. There will need to be a visa, as the new shiny blue British passport will only allow free passage to… well, let me think about that for a second… Gibraltar, temporarily. The customs official will almost certainly ask for confirmation of her occupation. She puffs her chest out, then pulls that special jacket tighter around her midriff. You can almost hear the clank of the jewellery as she speaks,  “I am Prime Minister of Great Britain.”

“Oh dear, that’s not good. Not good at all!” The official is shaking his head.

“I am sorry, Señora May, we need a useful occupation for a full visa, something like ‘bus driver’.”  Ms May thinks about this for a moment, then brightly says, “I can also impersonate a seal, balance a spinning ball on my nose and gulp down fish caught in British waters whilst dancing to Euro pop effluent.”

The official is relieved: relieved inasmuch as he is not going to be the one to have allowed a ‘sworn enemy of the state’ to enter Spain.

“OK, come on in then. We have an opening at Benidorm Mundomar (Sea World) now that those looney europhile bunny-huggers in Brussels have forced us to empty out our precious dolphin tanks.

Will Ms May be able to enter Europe freely, whilst her fellow countrymen are turned away at the border in a Mexican-migrant-caravan sort of way? We do have tonnes of British-made tear gas on standby, although now we trade on World Trade Organisation tariffs, we may as well buy the ingredients directly from Putin.

Was Brexit funded by a US-style Russian dirty tricks department? Did the litany of lies and underhanded practices make a difference?  Probably, but nobody around here seems to be too worried about that. Just get on with it and don’t let the door bang your bum on the way out… 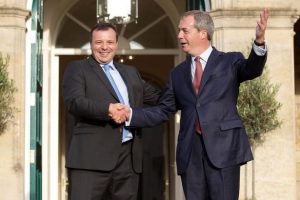 Perhaps, instead of trying to recover our 350 million-a-week back from the EU, we could ask Arron Banks, who made the biggest single political donation in British history to the ‘leave’ campaign, to bail out the cash-strapped NHS. At the very least, he could give it a little boost, by disclosing the true source of his immense wealth, then pay the tax. The Spanish prime minister, Pedro Sánchez, on the other hand, doesn’t appear to be losing any sleep over Brexit. He is quoted as saying, “The British spend 24 hours a day thinking about Brexit, and the Europeans think about it for four minutes every trimester.”  I wish it was that easy for me. It is like being stuck between a rock and a hard place. No, not Gibraltar, but we will hear more about that soon enough, that’s if France does not first block up the Channel Tunnel, in a bid to force the UK to cough up 38 billion of alimony.

In a post-Brexit populist world, those that have the audacity to call themselves ‘expats,’ are now the subject of quite a bit of antipathy. This includes expat Brexiteers. Hard to believe I know, but these morons are actually out here. They happily live off Spanish healthcare provision, clogging up hospital admissions, whilst Spanish taxpayers (they are a thing) have to wait in a queue that would otherwise be half as long. Many Brits, falsely, in my opinion, believe that Spain should be grateful and needs them despite having the most meagre understanding of the language and culture of their adopted country. They proudly call themselves ‘expats’ but the truth is that they are exactly the same as the migrants they love to hate.

My own troubles started when it became apparent after a recent Twitter spat, that I should remove the term ‘expat’ from the homepage of my blog. It was pointed out by ‘Brextremists’ i.e. those who read the Daily Express (a tabloid with all the big words removed) that ‘expat’ is an elitist term for MIGRANT!!! These ‘migrants’ from the UK, had turned their backs on their birth country, presumably for economic gain, and should be treated with the same British hostility normally reserved for Muslim Somali asylum seekers, with half-a-dozen children in tow and all waving copies of the Koran wrapped in an unabridged edition of the EEC Human Rights Act.

It can be unsettling to be so disliked by your fellow countrymen, but I have been able to draw some comfort from the knowledge that the pro-Brexit newspapers will come in handy in a no-deal Brexit scenario, as all the toilet paper will run out. Apparently, Brits use two-and-a-half times as much as their European counterparts. If and when the toilet paper trucks are stuck in Calais, the braying Brexiteers may be forced to wipe their bottoms with these publications, which will have finally found some utility. In the glorious days before our EEC entanglement, we were free to also wrap our chips in such publications. Perhaps after Brexit, Brits will be able to do so again, although the print will probably remain toxic…