A while back I wrote a short article about social networking.  The article questioned  whether or not websites such as Facebook were little more than carefully crafted marketing tools, designed to cash in on a new wave of ‘vanity publishing’ .

I had been designing websites for years, but was struggling to understand why social networking had become such a big part of everyone’s lives. More worrying was the question of whether or not people would continue to need web designers such as myself, when they could say and do everything they wanted on the web through their iPhone on Facebook!

Hmmm…. I may need to get back to you on that!

In order to make any sense of this,  it helps to take a quick look at the history.

In the early days of the internet, it was not that straightforward to publish material and it could be time consuming and expensive.  However, it soon became apparent that there was no shortage of people who wanted to own their own websites in order to promote their businesses and ideals.

Seemingly overnight, and in order to meet an insatiable demand, a new era of web publishing tools was born, but with a slightly anarchic twist.  Microsoft had always dominated the world of business software, but like the big record companies of 70’s and 80’s they appeared to be left standing on the quay, whilst the internet cash register sailed over the horizon leaving their hands firmly out of the till.

I don’t think that this was due to any lack of innovation.  There were plenty of clever people at the top.  In the case of Microsoft at least,  it was clear that in their haste to be the fattest pig with its snout in the trough, they had made some powerful enemies along the way.  After years of abusing their market dominance, they had, single-handed, managed to disenfranchise the very architects of the internet revolution.    Hence, we should not be too surprised to hear Google’s Vic Gundotra referring to the collaboration between Nokia and Microsoft for a Windows7 handset operating system by saying, “two turkeys do not make and eagle”.  More on that later…

The backlash came with the advent of Open Source software.  Operating systems for web servers such as Linux (still the most popular) were made available free of charge.  You can still have an expensive Microsoft based website running on a web server with a Windows based operating system, but why would you?

Thanks to Open Source software, you could now have the same power to publish virtually free of charge with none of those annoying update subscriptions.  You need not worry about a new operating system being brought out every five minutes, driven purely by the need to make yet more money from reselling you the same old bag of potatoes.

A whole army of hackers and anti Microsoft programmers were born in response to the ugly spectre of Bill Gates’ bully boys, once again being allowed to abuse their position and monopolize the IT industry.  Only this time, it was the sacrosanct internet which risked becoming a subscription only service, in need of frequent and costly updates.

Open Source software meant that if there was a problem with a piece of code or a security issue, hundreds of developers from the Open Source community would work to resolve it and release an updated fix.  They worked long and hard and did so free of charge.

Contrast that with the small team of loyal developers hidden away in a back office at Microsoft, bound by an intellectual properties contract and sworn to secrecy, yet desperate to know what was wrong with their software. (If only they had asked me)!

There have been literally millions of schemes to get rich quick out of publishing on the internet, but most of these (including my own) have failed.  The reason is that the community of web users have grown accustomed to the open and in the main ‘free to use’ culture of a world wide web that is no longer dominated by companies such as Microsoft.   There are other dark forces at large, but that is the subject for a different article.

So, if the internet is broadly speaking not in favour of corporate greed, why is Facebook reported to have a value in excess of 50 billion?  Obviously, the valuation is based on the potential yield from advertising and sponsorship receipts.  It is the same with the search engine giant, Google, soon to be trundling down your street taking snapshots of your house and trying not to record any interesting chatter from your wireless connections.

Google and Facebook have one thing in common.  The public love them, they are perceived as the good guys of the internet, whilst Microsoft are left sulking in the corner trying to work out what they did to upset everybody.  Their services are free to use, the only thing they ask in return is that you tell them everything about yourself.  If you publish something on Facebook, they also own it.  How cool is that!  Apart from this, everything is free and we love them for it.

Not everyone is as happy about this arrangement.  Why is it that I get the feeling that they both want to give me a big hug and then scoop out my brains.  Have we replaced one huge pig with its snout in the trough with a couple of stealthy, but possibly more destructive leviathans?

The jury may still be out, but I am starting to get a little fed up with having to make certain that everything I do on the web will be liked by Google and just to make certain that it is also liked by the Facebook shareholders, we now  have these handy little ‘like’ buttons to add at the bottom of our articles. 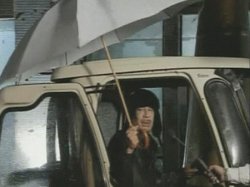 One final thought regarding “two turkeys not making an eagle“.  If nothing else, they would make one hell of a Thanksgiving!!!